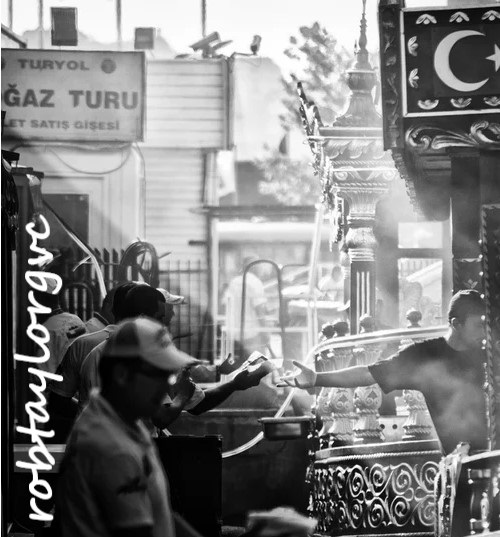 A look at why it matters so much to the world, and the risk of a domino effect.

The collapse of the Turkish lira has become a major financial story. You may wonder why the financial media is devoting so much space to this, as Turkey is not exactly China or Japan or Germany. The fear is that Turkey’s problem hints at a greater crisis.1,2

Globally speaking, Turkey is not all that minor. Its economy is the world’s seventeenth largest, and while it is seen as an emerging market, it is also in the trade orbit of the European Union. Turkey does not yet belong to the E.U., but it trades heavily with E.U. countries: it ranks fifth among importers to the E.U. and represents the fourth-largest E.U. export market.1,2

Stubbornness. Nepotism. Incompetence. These are the words associated with Turkish monetary policy of late. After his reelection, Turkish President Recep Tayyip Erdogan called interest rates the “mother and father of all evil” and made his brother-in-law the nation’s finance minister. Stunningly, the nation’s central bank then announced it would not raise interest rates, bucking a global trend. (A rate hike finally happened in July.) The Turkish lira has lost 40% of its value versus the dollar this year, and it fell 18.5% in a day following President Trump’s August 10 vow to double U.S. tariffs on Turkish steel and aluminum imports.3,4

Turkey’s current monetary policy is ill-timed. The dollar is getting stronger and stronger versus other currencies, mainly because the Federal Reserve is raising interest rates and unwinding its $4.5 trillion portfolio of government securities in response to a healthier economy. The majority of Turkey’s debt is dollar-denominated – and like many developing nations, it uses local currency to pay off dollar-backed debts.3,4

What if Turkey’s currency implosion is just the tip of the iceberg? This is the major question bothering economists and institutional investors. Argentina owns a great deal of debt priced in dollars. Did you know that the International Monetary Fund gave Argentina a $50 billion bailout in June? Did you know that the benchmark interest rate in Argentina is currently 45%? Its peso dropped to a record low in early August. South Africa, Russia, and Mexico have also seen their currencies slip recently.3

In the worst-case scenario, something like the 1997-98 global currency crisis occurs. In July 1997, Thailand had to devalue its currency, the baht, to a record low. Over the next year-and-a-half, Malaysia, the Philippines, China, Hong Kong, Indonesia, and South Korea all faced financial emergencies; the Dow had its two worst trading sessions in history, with drops of 554 and 512 points; leading Japanese banks and brokerages collapsed; the IMF had to loan $23 billion to Russia, $57 billion to South Korea, and $40 billion to Indonesia; Russia’s stock market cratered; Japan went into a recession for the first time since 1975; and according to the IMF, world economic growth was reduced by about 50%.5

You can see why investors, economists, and journalists might be concerned about the currency crisis in Turkey. It is worth pointing out that the U.S. came through that 1997-98 global crisis relatively unscathed, though, as always, past performance is no guarantee of future results.5

Hopefully, what is happening in Turkey will not prove to be the first act of a drama for the global economy. If it is, fast action may be required by the IMF, the World Bank, and central banks to restore confidence in the markets.

This material was prepared by MarketingPro, Inc., and does not necessarily represent the views of the presenting party, nor their affiliates. This information has been derived from sources believed to be accurate. Please note - investing involves risk, and past performance is no guarantee of future results. The publisher is not engaged in rendering legal, accounting or other professional services. If assistance is needed, the reader is advised to engage the services of a competent professional. This information should not be construed as investment, tax or legal advice and may not be relied on for the purpose of avoiding any Federal tax penalty. This is neither a solicitation nor recommendation to purchase or sell any investment or insurance product or service, and should not be relied upon as such. All indices are unmanaged and are not illustrative of any particular investment.